When Josh Ritter joined the Berklee Online Live: Songwriting series earlier this week, he delivered songwriting advice that would be helpful for aspiring songwriters to see written out. Read below or watch the video here.

There are times when you shouldn’t work on a song:
“I don’t know that any song has ever come to me exactly the same way. When it’s really going good, I feel like it’s this kind of fine gray sand that’s pouring down on my head. It’s cooling, it’s calming, and it’s like I’m standing under the sand of an hourglass. As long as that feeling is there, I’m writing. And when it’s not there, I’m done. There’s no benefit in sitting there when it’s not happening. And I only know that from such long experience, and hours and hours of wasted creative time. There are times when I should just be going outside, and doing something else.”

Work on songs a little at a time:
“Rather than being the type of person who gets up in the morning and writes a song, I get up in the morning and I do the things I need to do in my day, and when a phrase or a melody jumps in my head, I’ll sit down and I’ll write it down. But I won’t try to finish it unless it’s all there. I think there’s a few songs that I remember writing all at once, but I think in general, I write best when something accrues, and I start the snowball rolling down a hill. After a while it picks up its own lines, and its own way of performance, but if I sit down and put my nose to the grindstone every day, it doesn’t seem to work out as well for me.”

When a line jumps into your head, try it in a song:
“There are some lines that are the seed, or the pearl of the song, and they’re important because they’re the ones that jump into your head. ‘All the other girls here are stars, you’re the Northern Lights,’ that’s like a line that, man, I wish I’d thought to use that on a girl, but it never occurred to me. So when it jumps in your head, there’s a reason that it’s there.”

The more complicated you make a song, the less powerful it is:
“I find that oftentimes, the things that make a song less powerful is that it’s more complicated. That’s why some of these old country songs are classics, because they start off with a thesis statement. ‘I Saw the Light,’ is a Hank Williams song, and it’s a super simple thesis: he saw the light, he’s had this conversion, he was this bad guy but now he’s good, and changing his ways. It doesn’t need to get complicated, it’s just that one line, and you take this one line that you’ve been delivered somehow—that’s made its way into your mind—and you can unwrap it like an envelope. You just open it up, and the whole song is inside that line.”

If you can’t fit something into a song, leave it alone . . . for now:
“I picture a song as being—if this makes sense—you’re in a dark landscape, and you have a fire, and you need to go somewhere else, and you have to carry that fire somewhere else. You have to carry a burning branch to the next place you’re going to start your fire, so with each song you’re carrying a little bit of that original fire with you. The songs that don’t have it, the songs where the fire goes out, they’re just not right, so there’s no sense in keeping them. That being said, there are some ideas which, despite every try to cram them into something, they’ll never fit. And those are the ones that are waiting around to become the really good stuff. … Maybe it will be in 20 years though.”

You are the most important person in your audience:
“All you can really do is write for yourself. There’s all kinds of ways that you can structure a song, and write what it’s about, and all these things that will bring people in, but unless you’re singing something that really truly entertains you, then no one else is going to care. … Write for yourself because you’re the only audience that matters.”

Write about what you obsess over:
“I find that writing comes from not a moment of thinking about something, as opposed to a moment of being obsessed with it. . . .  When you have things that you really care about—things that matter to you—they are what make you. And to write as if those things don’t exist is to efface yourself. Then you’re not really an artist anymore: You’re just creating blanks. In the end, you’ve got to say something. Big songs can be about little things, and little songs can be about big things, but really in the end the only thing that really comes out is that you have to put a foot forward, and talk about stuff.”

Be bold and mighty forces will come to your aid:
“Oftentimes the thing that I find sets great art apart from the rest is its bravery and its vulnerability.”

Writing bad songs helps you write great songs:
“I think about failures as the moment when you’re cutting the block of granite, and you’ve got this big huge piece of rock, and all those songs that never went anywhere, and all those things, that’s just part of the stuff you’re chipping away until you get to the real songs. And the real songs are in there. There may be like 10 of them in 100 songs. But they’re the statue you’re trying to get to.” 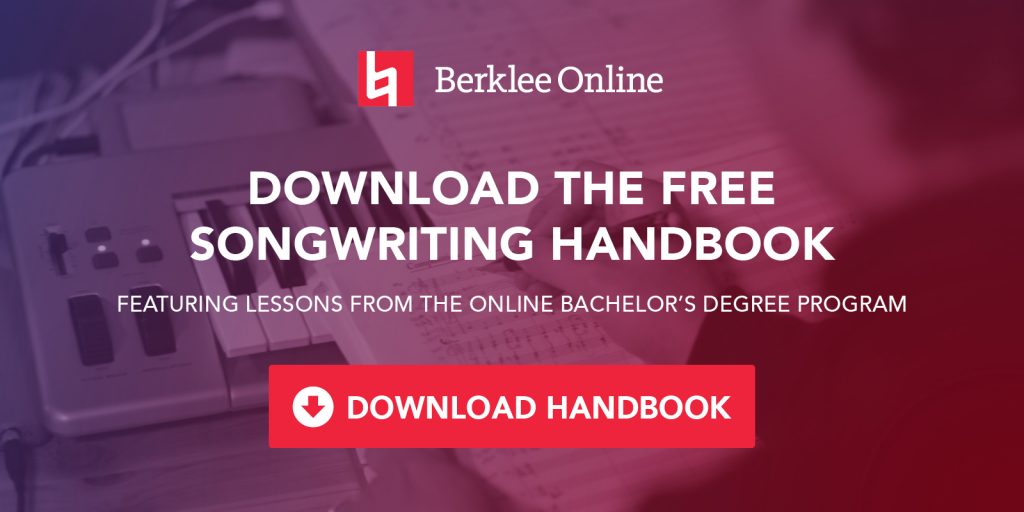