Promoting Your Music: An Interview with Michael Marotta

The following is a transcript of a recent installment of our “Industry Insiders” open house series. Hosted by Academic Advisor Eric Zawada, this installment also featured special guest Michael Marotta, co-founder and Editor-in-Chief of Vanyaland.
Eric Zawada: Hey, everybody. Thanks so much for joining us today. We’re really excited to have Michael here to join us to talk to you guys more about branding and getting publications to notice your work and getting labels to click and listen to your music.
Today, we have Michael Marotta with us, the founder of the award-winning online music magazine Vanyaland. Before launching Vanyaland, Michael was the music editor at the Boston Phoenix, the music director at WFNX.com (which was an alternative radio station here in Boston), and the social media director for Boston Calling Music Festival. Today, we’re going to be talking about marketing and branding as an artist and what some of the best strategies are in terms of getting your music heard.
Michael Marotta: Hey, what’s up, guys? Thanks for joining us today. It’s very exciting to be here at Berklee Online. I’ve got a bunch of things I wanted to talk about, if everyone wants to go over to vanyaland.com and check out the site as we talk. I’m not going to really talk about anything too specific based on what kind of content we have up there; it’s just going to be an overview of what we do. My partner Paul Armstrong and I started Vanyaland in May of 2013, and we launched two months after the Boston Phoenix was closed. 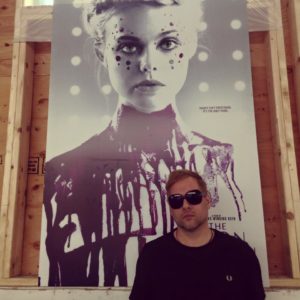