The Stutter Edit plug-in, conceived and developed over the past fifteen years by pioneering electronic music artist and composer, BT, is pretty amazing. Upon installing this plug-in on my system, I feel like I’ve got BT in the studio with me helping to produce stutter edits and breaks in my song. Really, it’s like I hired him as a technical consultant just for his stutter edit production techniques. It used to take me hours, even days, to cook up these sound effects, through intricate slicing and dicing of waveforms and automating stacks of effects. Now, I can simply play a key on my keyboard and get the same, if not better, results! I can’t restrain myself from exclaiming, “It’s BT in a plug-in!”

Here’s how it works: simply insert Stutter Edit on the audio track that you want to stutter. Then, set up a MIDI track to send MIDI note and controller data to the Stutter Edit plug-in. Now, play your song and whenever you want to hear a stutter effect press a note on your keyboard to trigger one of the preset stutter effects. It’s that simple, and the presets sound great! Plus, to add more dynamics and enhance your ability to really play the effects, Pitch Bend is assigned to the plug-in’s global, resonant filter effect, and the Mod Wheel let’s you control different real-time dimensions of a preset. For example, moving the Mod Wheel could alter the speed of a preset’s stutters. You can record your MIDI performance and automate Stutter Edit directly from the MIDI track.

Sutter Edit comes with a ton of ready-made stutter effects spread out across the entire keyboard, right when you open it, so you can get to stuttering immediately. It also includes banks of stutter effect presets from BT himself, and a other electronic music luminaries, such as Richard Devine. If you’re not into the presets, you can certainly program your own stutter effects, from a simple eighth note stutter to crazy lo-fi distortion with delays and noise sweeps. Its many controls—Quantize, Delay, Gate, Filters, Buffer Position, Bit Reduction, Pan, Lo-Fi, Stutter Matrix, and Arpeggiator—combined with its Generator noise synthesis section gives you the ability to cook up just about any cutting edge stutter effect that you can dream of. Way too much fun!

Sutter Edit is incredibly useful in the studio, but what I’m equally impressed by is its live performance potential. For example, stutter effecting loops in Ableton Live, in real-time right from your MIDI keyboard. Obviously, BT is deep into such things. He didn’t just dream up this plug-in in the studio, he wanted to take his stutter effects to the stage for live performances. And, clearly, he’s done exactly this, giving Stutter Edit plenty of beta testing during his Laptop Symphony shows. So, even though this is just version 1.0, it’s reassuring to know that it’s been out on the road and thoroughly tested by a pro, in high-profile, real life gigs. We know it works for live shows, not just in how it’s designed, but that it’s reasonably stable as well. How many software companies can say this about their newest software?

I’m already seeing and hearing grumblings on discussion threads saying, “I’ll never use Stutter Edit. I take pride in programming my own stutter effects one edit at a time.” Well, fine, I’ll have an entire track of stutter effects produced in the time it took you to do just one. And, besides, given a little time and patience—I know stutter edit producers have plenty of this—you can program your own unique stutter effects in this plug-in, assign them to keys on your keyboard, and save them in your own bank of presets. You don’t have to sound like the factory presets, you can develop your own unique stutter effect sound. Then, you can perform your stutter edits live, whether in the studio or on stage. This most certainly isn’t something you can do with that one stutter edit you just spent all day programming in your DAW. OK, enough said.

In the coming years, I predict that Stutter Edit will be massively overused, not unlike the AutoTune vocal sound (you know, Cher and T-Pain). Hopefully, the effect will be used tastefully, artfully, and without going completely overboard with it. Though, admittedly, I’ve probably already failed in this department—it’s just too much fun to play with. In fact, after about six instances of Stutter Edit in my Pro Tools session I managed to crash hard, several times, eventually completely freezing my Mac. Fortunately, after a quick reboot I was back in business and everything was running smoothly again. I also had problems controlling clipping at the plug-in’s output, because some of the effects pumped out serious amplitude spikes. A soft clip limiter section in the next build of Stutter Edit would be greatly appreciated.

Stutter Edit is distributed and supported by Izotope. There’s a lot of wonderful information about Stutter Edit on their Web site,
http://www.izotope.com/products/audio/stutteredit/index.asp
But, the best way to really appreciate Stutter Edit is download the trial version and take it for a test drive yourself. Also, check out this video tour of how I used Stutter Edit in a remix of my song “Delicious People,” for which the remix stems are available on my CD, Erik Hawk & The 12-Bit Justice League. 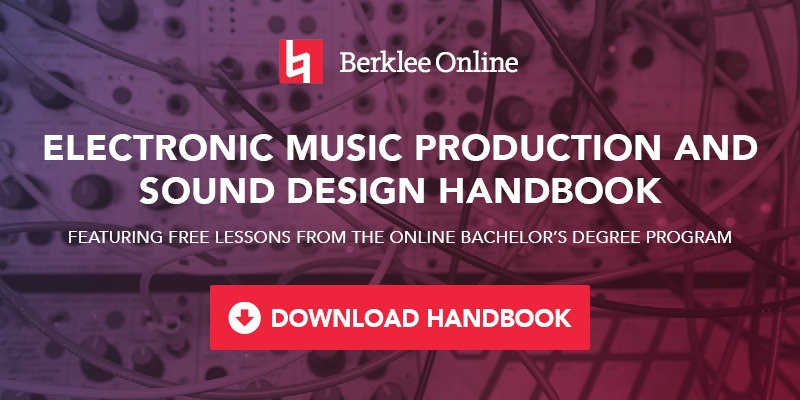