Jonathan Feist on wrapping his head around Contemporary Music Notation

As editor in chief of Berklee Press, Jonathan Feist has overseen the publication of well over 200 books. Berklee Contemporary Music Notation is the third book he has published as the sole author. He also created and teaches two Berklee Online courses: Music Notation and Score Preparation Using Finale and Project Management for Musicians.

Feist’s approach is often to describe a range of possibilities in how we notate music, and to give conceptual guidelines for how to make your notation look professional. His book serves as a reference to keep handy when writing music, but it’s also worth noting that it’s a really fun read.

It’s an interesting agenda that you set out to accomplish, where you’re not trying to set anything in stone here as much as cover various ways that people notate things.
Twenty years ago, I might have tried to write the stone tablets. But what I realized during my tenure here is that there’s sometimes no consensus, on certain notation issues. And that’s a good thing. Berklee is a diverse place. We’ve got teachers here from all over the world. Some studied at Berklee, but others at Juilliard, New England Conservatory, the Royal Conservatory Music—all kinds of different backgrounds, from Nashville to Hollywood to Bollywood to Carnegie Hall. They all come with their own preferences for notation, and while there are certain fairly widely observed preferences here, for notation standards, there are some circumstances where a diversity of practice prevails. I think it’s actually healthy for students to be exposed to multiple ways of looking at notation.
It would be a simpler book if I could say, “Just do it like this, this is the Berklee Way,” but the truth is, often, the Berklee way is to present multiple good options. Diversity is the norm—in notation, and in all things in the universe. 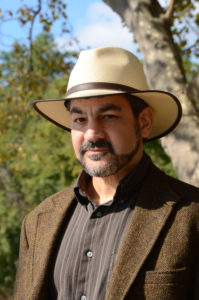 Did you know through the lifespan of this project that this was going to be your approach, or did you ever think you could compile the definitive guide?
I gave up on that “definitive guide” pipe dream many years ago. Presenting a more nuanced set of rules and practices was always my goal, with this book, and also, with my online notation course. The goal with notation, ultimately, is clarity, so that we can get at the music easily. The notation should support the music, not distract from it.

Do you imagine people reading the book cover to cover, or it being just a database that they can access?
Both. I think it’s helpful to have a reference, and I constructed a lot of it so it could be an easy reference with a lot of charts, about different dimensions of notation. If you want to look up how to do violin chop bowing, there’s a nice table there that you can glance at. But the book is something of a journey, as well. I do have a philosophical perspective in this book about what notation is and how people might look at notation and how they might think about what’s right and what’s wrong—what’s good and bad notation. There are certain practices that are absolutely right and wrong. If you’ve got a bar of 4/4, you can’t put five beats in it. It’s just wrong! But the chord symbols that people use to indicate minor can vary, and one way is about as good as another. Consistency is often what matters most.

You’ve been playing piano since you were a kid, how old were you when you began?
Five or or six. (I was born in 1968.)

Since the time that you began reading music, how much has time changed the way that we notate music? And how much of the differences can we attribute to culture? For instance, we look at the notations of Gregorian chants, and Guido d’Arezzo, we can look at how notation has changed since then—and it has obviously changed a lot—but have you seen any major shifts in your lifetime?
There have been some practices that have changed since I was a kid, but mostly, it’s minor things. For example, it had previously been more standard with vocal music to use separate flags for every note, and notes tend to be beamed together now, in vocal music, the same way that other instruments do it. I think publishers are dropping parentheses on courtesy accidentals now. The big change is that we have software now, so the look and feel of a lot of notation is different. When Finale came out in the 1980s and became the standard, it really changed how notation looked—particularly, informal, non-published notation. So, my French curves for hand-drawing slurs have long been lost at the back of a closet, somewhere, and nearly everyone’s notation looks a lot more polished, today.

I gave up on that 'definitive guide' pipe dream many years ago. - Jonathan Feist Click To Tweet

Does software do anything to present more of a unified approach at least, now that everybody has access to programs like Finale or Sibelius?
Yes, in some ways, for better or worse. My book doesn’t need to dwell on the fact that your noteheads need to be centered on the line or in the space, because the software just does that for you automagically. One new practice I see is that it’s now common for people to indent the first staff of a piece of music, and I believe that the reason for that is that Finale, by default, indents it. It’s usually not necessary to indent the first system. If you’ve got instrument names, it’s helpful to indent. And yes, there is a convention in books of etudes where the first etude isn’t indented, and then all the other ones are indented. But if you’re just going to come up with a lead sheet, there’s no reason to indent it. And what it does is it makes the first system too condensed. So, yeah I think software can subtly influence how people render notation.

Tell me about being an instructor for Berklee Online. We’ve spoken before about the similarities between writing a course and writing a book. I imagine that teaching is gratifying because of the immediate feedback . . .
When you publish a book, it’s pretty much done. But in teaching an online course, you get student feedback, so you are always tweaking and improving it, so that it is constantly evolving. It’s easier to update online courses. If people don’t understand something, you can add or change how I am presenting something. My Finale course has evolved a lot, since I initially wrote it in 2002. But in terms of figuring out what you’re going to say, coming up with the topics, and the order, and the objectives—what I want people to understand on the other side of it, it’s a very similar process.

On a personal level, if you’re looking at a piece of music, do you get the same joy as a person who can’t read music would listening to it?
No way. Notation is a pale substitute. It’s like, you don’t get the same experience out of reading a love story as you do when actually having a relationship with a human being. It’s completely different.

Your writing style is refreshingly informal for a book about musical notation. You mentioned that if you were writing this book years ago that you might lean more towards a definitive thing, but would your writing style have been different?
That’s a really interesting question. My voice as a writer has been fairly clear since I was a child. You’re right, this book is written in a conversational—I would say warm—style. I can turn that off if I have to, but I would rather not. I think it’s more engaging to read a distinctive voice, and dare I say, sense of humor. And for material like notation that is potentially rather dry, I think a bit of spark in the narrative helps the reader stay awake.

Right, because you look at the title, and the first reaction is, “Oh, boy, this is going to be heavy.” But as soon as you begin, it’s clear that you’re having fun with these sentences. I think I laughed out loud when I read the following sentence: “Notation is a haphazard Frankenstein soup of tangentially related alphabets and hieroglyphics via which music is occasionally discussed amongst its wonkier creators.”
To me, writing is a joy. One concern is always that people won’t understand the sense of humor behind some of what I say. I was fortunate to have a few people read my manuscript, and they helped me cut out some of the rotten bits. (Looking at you, Susan Lindsay and David Wallace . . . )

Did they rein you in at all?
Everybody needs an editor, including editors. It’s good to have a fresh set of eyes. I joke that I’m bracing myself for all this hate mail that’s going to come in my way, when this book hits the streets, because people are going to say “Oh, that’s not how we do it at Berklee.” Because there are so many different preferences, here, for certain things. I hope that what comes through, though, is that this book is kind of my love letter to Berklee. There’s so many characters that I’ve worked with here—hundreds of authors, at this point. All of them are brilliant, and all are characters, and they don’t always agree on every detail. I hope it comes through that I actually appreciate the intellectual diversity of this place. We can always find something to nitpick about each other’s notation preferences. I personally like dots on rests. Some people just hate them! Also, I’m not a guitarist, so I’m at peace with guitar tablature existing in a book, and there are some teachers here who are definitely not at peace with guitar tablature! But vive la difference. There can be multiple ways to be “good.”