When people ask Pete Muller what he does for a living, he’ll usually tell them that it depends on the day. His activities could include playing live gigs with his band, Pete Muller & Friends, surfing, running a quantitative investment fund, or collaborating with Berklee’s Board of Trustees— which recently led to the founding of Power Station at BerkleeNYC, a major recording studio revitalization project. The project promises to restore to glory a historical recording facility, as well as provide internship opportunities for Berklee students. But what Muller is keen on discussing today is his dedication to writing crossword puzzles, which have been published in the New York Times, The Los Angeles Times, and on his own site, pmxwords.com.

“I love doing crosswords, but it was Matt Gaffney who turned me on to meta crossword puzzles. He once commented, ‘I never get to actually do metas.’ So I created one, sent it to him and he published it as a guest puzzle in his contest. Matt liked it and encouraged me to start my own series, which is what I did.” 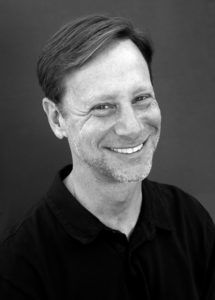 Metapuzzles? Yes, metapuzzles. A metapuzzle is a puzzle within a puzzle that users have to figure out once they have solved the crossword portion. Muller was hooked and started creating his own metapuzzles and year-long mega-metas. A “mega-meta” puzzle, by the way, is a metapuzzle that combines the answers of subsequent metapuzzles to form one ultimate answer. Muller’s series, which starts its seventh year this January, is called the Muller Monthly Music Meta, because at the core of these metapuzzles is music.

For example, one year users had to combine single letters from each metapuzzle in a way that didn’t initially seem to make much sense. “But once you realize the letters are musical notes, and figure out the rhythm, you get the riff from ‘Layla,’ the mega-meta answer,” says Muller. Several of his crossword solvers subsequently pointed out that “ ‘Ain’t No Sunshine’ actually starts with the same six notes” he recalls.

The aesthetic for the way he crafts his series, is that it should be difficult, but not impossible.

“You’re trying to create a battle with the solver, but ultimately, you want them to win. When people do the puzzle, I want them to tear their hair out occasionally. It is supposed to get frustrating, especially on the harder puzzles that come later in the year. But then, eventually, I want them to solve it and go, ‘Oh, wow! That feels great!’”

While Muller’s many activities and interests may at first seem disparate, he says there is one element that unifies authoring crosswords, overseeing a hedge fund, writing songs, performing, and investing in a studio: Creativity. 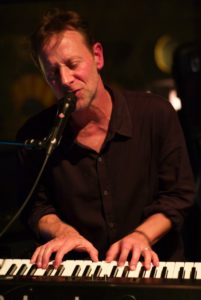 “When I’m creating and growing, that’s when I’m most alive, so I try to do that as much as possible in life. If it is just about my own creativity, that’s just a selfish pursuit. I get really excited trying to help others grow,” he says. “I want to have a sparkle in my eye as much as possible. Where does that come from? That comes from waking up in the morning and feeling like you’ve actively chosen to do the things you are doing, and you’re putting yourself fully into them.”

One of the other endeavors that Muller has recently put himself “fully into” is BerkleeNYC, which he says he was uncertain about at first. The conditions had to be exactly right. And fortunately for all involved, they were.

“A long time ago I wanted to go to Berklee, but I didn’t want to live in Boston,” he says. “Recently, I thought, ‘Maybe I can help bring Berklee to New York City.’ Roger Brown and I knew we had to find somebody great to run it. That person was Stephen Webber, who at that time was an executive director at the Berklee Valencia campus. I met Stephen and thought ‘He’s in it for the right reasons. He is just excited about life, and knows how to think things through and make them work. And he also has that sparkle in his eye.’”

Check out Pete Muller’s puzzles at pmxwords.com. Each installment comes out on the first Tuesday of every month at noon.