I recently spent seven days at Spirit Radio Studio in East Nashville recording my six-song EP, Hitch A Ride. Those seven days were a whirlwind of face-melting guitar solos, angelic and borderline sassy vocal harmonies, tight grooves, and twang. Let me tell you — I learned a lot. Not just about recording, but about myself as a person and an artist, my bandmates, and even my own music. I’d like to share some of the things I learned with you.

#1. Trust your producer.
You hired them for a reason. Never forget that when you’re in the studio. My producer, Johnny Duke, and I had long talks before we began tracking about my vision for this record and the sound I had in mind (Loretta Lynn meets Led Zeppelin). When the energy is high and you and your musicians are feeling good, it can be easy to lose sight of the overall vision of the project. One of your producer’s main jobs is ensuring that the sonic soundscape of the overall project is cohesive while still making sure that all the songs don’t end up sounding the same.

Inevitably, there will be moments when you and your producer have differing opinions. For me, these moments were few (which I’ll get to in a moment) but they did occur and when they did, I practiced the art of patience and trust. I waited to see the outcomes of my producer’s decisions and 99 percent of the time, they were better than what I originally envisioned. Johnny understood my vision (even better than I did!) and proved himself to be extremely creative and knowledgeable, which is why I hired him in the first place. In the end, the result is better than what I even imagined.

#2. Communication is paramount.
As I mentioned before, Johnny and I had long discussions about what we wanted to accomplish sonically with this record. Up until this point, my live show has skewed more toward the honky tonk side with some rock ‘n’ roll thrown in here and there. But with this record, I knew I wanted to change that. Even when I wrote these songs, I heard them with more of a gritty, vintage, rock ‘n’ roll feel. Not only did I need to communicate that to my producer, but also to my bandmates. A lack of communication in the studio can lead to confusion, misunderstandings, and generally bad vibes, but when everyone is on the same page, it flows. Our sessions were smooth and everyone knew what they needed to do. Creativity was flowing and folks felt comfortable to take some serious risks.

#3. You’ll learn a lot about yourself as a person and an artist.
Working through the recording process as an artist is extremely fun, but it also makes you feel extremely vulnerable, especially if you’re recording songs you wrote yourself. You’re essentially showcasing your innermost feelings and thoughts to the world and throughout the process, you’re in a constant state of reflection. It’s a bit of an emotional rollercoaster. There’s a good chance you will experience the gamut of emotions and I learned it’s good to let yourself work through that spectrum – don’t hide how you’re feeling, especially if it’s congruent with the overall emotion of the song you’re recording.

In fact, I didn’t actually realize how much of myself I pour into my songs until we got to the studio. I’ve played these songs live hundreds of times, but it wasn’t until I heard them played back in a rough mix that I began to understand the true emotional state I was in when I wrote them. I also began to think about my songs in new ways and make new meaning out them. For example, we recorded a track called “Burn Right Through.” The hook of the song is:

Basically, this song is about a woman who is heartbroken and decides to get drunk (a common country theme). We ended up recording this track with an old Hammond B3 and the song instantly took on new meaning for me. I began to draw associations that I have with my own personal experience that I wasn’t even thinking about when I initially wrote the song. I began to learn more about how I write and what emotions and experiences I have that contribute to who I am as an artist.

Vocal overdubs! I had such a blast in my little iso booth. Aw yiss 😈#hitcharide #tbt #fordtough

Every morning, Johnny would take a balled up bundle of sage, light it with a blue plastic Bic lighter, and wave the small, steady stream of smoke around the room. Traditionally, burning sage is used to cleanse a room of negative energy. It induces calm. It only took about five minutes at most, but it definitely helped to set the mood in the live room.

There are many different “rituals” you can practice before you begin to create, such as doing yoga or enjoying a cup of warm herbal tea. I encourage you to find your own rituals that will help calm you down so you can get those creative juices flowing.

Also, don’t beat a dead horse. If the take is great, use it! There is no sense in rehashing something you have tracked a dozen times. If need be, take a break, come back, listen to it with fresh ears, and then decide if you want to give it another go.

#6. Be open.
In the studio, it is way easier to be open-minded than closed-minded. We wanted to get some really gnarly sounds on this record, and that can take some experimenting. Without giving away too many secrets, we tracked clavinet on a few songs. Initially, it felt like it just didn’t fit, but after adding a few effects, it sounds amazing. We played with pedals, miking, and we even tracked a garbage can (check out @elisasmithmusic on Instagram for a video of that one)! Sometimes it works, and sometimes it doesn’t — but you’ll never know unless you let your imagine run free and try wild ideas.

The very talented Nate Barnes on the trash can #hitcharide #nashville

From the start, Johnny encouraged me to be open-minded. He told me that he loves to experiment. If I had gone into this session thinking that I knew exactly what I wanted and how I wanted it, we would have never ended up with the sounds that we did. It was much more exciting being open to hearing my songs in a way that I hadn’t heard before, and yet, they ended up exactly how they should be.

For behind the scenes footage and photos of this recording session, check out @elisasmithmusic on Instagram and Twitter. 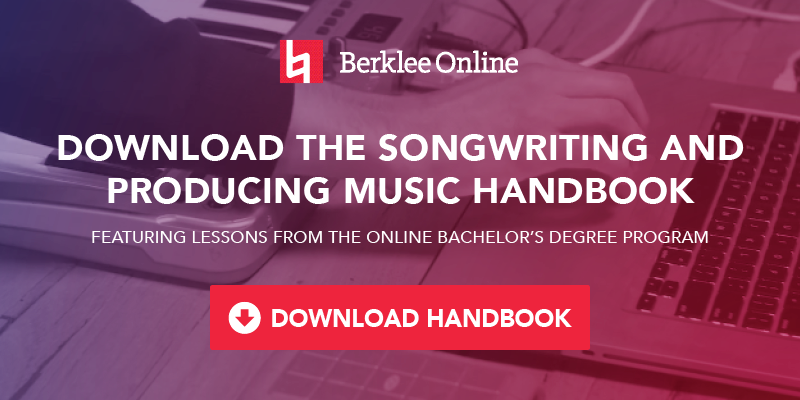