Before transferring to Berklee Online as an Electronic Music Production and Sound Design major, Rain Essex was a classical voice student at the University of Alaska Anchorage. She learned foundational skills in music theory and performance, but didn’t have access to the formal training necessary to become the music producer and entrepreneur she wanted to be. On top of that, Rain was diagnosed with fibromyalgia, causing her chronic muscle pain and fatigue.

“I was missing a lot of classes and it got to the point where I was like, ‘I don’t know if I can go to school every day, but I really want to keep pursuing this,’” she says.

Then Rain heard about Berklee Online and realized that not only would she be able to take her classes from home while managing her symptoms, but she would be able to pursue various areas of music that she was interested in, including electronic music, DJing, music production, and composition. After being laid off from a job that was too physically demanding, Rain started her own music business, Ghozt Kat Productionz, and recently released her new EP.

“Since I’ve started my business, everything has kind of dominoed into other things,” she says. “I’ve been able to actually make a pretty good living just from music.”

Whether you wish to stay close to home or be on the road, traditional four-year music programs can be restrictive to active musicians. Like Rain, students who transfer to Berklee Online know they’re in the right program when they realize they have the freedom to study wherever.

Michael Pickering tours with his wife Amy in their dueling comedy piano show and runs a music consulting business. Michael, also a father of two, knew Berklee Online was the right fit when he found out he could jump ahead in his studies through prior learning credits—he had quite a few from 30 years of working in the music industry.

He graduated with his bachelor’s and master’s degrees in Music Business from Berklee Online, all while performing, touring, parenting, teaching, and running a collegiate music department.

You need a very specific set of interdisciplinary skills to address the music industry as it is today and as it’s becoming for the future.—@michaelandamy #transferstudentweek #berkleeonlinetransfers Click To Tweet

Michael recently stepped down from his post as the founder and former director of their Music and Entertainment Entrepreneurship program at the Community College of Aurora in Colorado. He was familiar with coaching his students through the transfer process, but was in new territory when he had to do it for himself. He did however know what skills you need to be successful as a musician.

“What I would tell my students and prospective students is that you need a very specific set of interdisciplinary skills to address the music industry as it is today and as it’s becoming for the future,” says Michael. “Those skills and the network that you can build when you’re pursuing a two-year or a four-year degree is what’s going to help you to rise above the noise.”

With an associate degree under his belt, Joel Santiago, a multi-instrumentalist from Baltimore, is familiar with the struggle of transferring to a four-year university that doesn’t quite mesh with the life of a working musician. Joel plays a variety of instruments and styles at a variety of venues during the week: from playing acoustic guitar at a bicycle cafe, to covering Bob Marley and other reggae bands in clubs across the DC area, to banging the congas in a traditional Latin group, and playing the local jazz circuit.

Before becoming an Interdisciplinary Music Studies major at Berklee Online, Joel was a student at Towson University. Though he has no qualms with the university, he struggled to work and perform while taking courses and commuting to campus.

“There were some times that I was literally wondering where I was going to get the gas money to get up to the school,” says Joel. “I’ve got to work. And a lot of the work that I do is music.”

Now Joel is able to complete his coursework through Berklee Online on-the-go and during any downtime between his jobs and performance gigs.

“I watch my videos, and I do my schoolwork everywhere I go,” he says. “Some of the guys tell me, ‘Man, with as much as your mind is racing, how can you actually sit down and read?’ But to be honest, that’s an art form that I’ve learned: the ability to be able to sit down and in an instant focus on my work.”

GET A FREE UNOFFICIAL TRANSFER EVALUATION FOR BERKLEE ONLINE 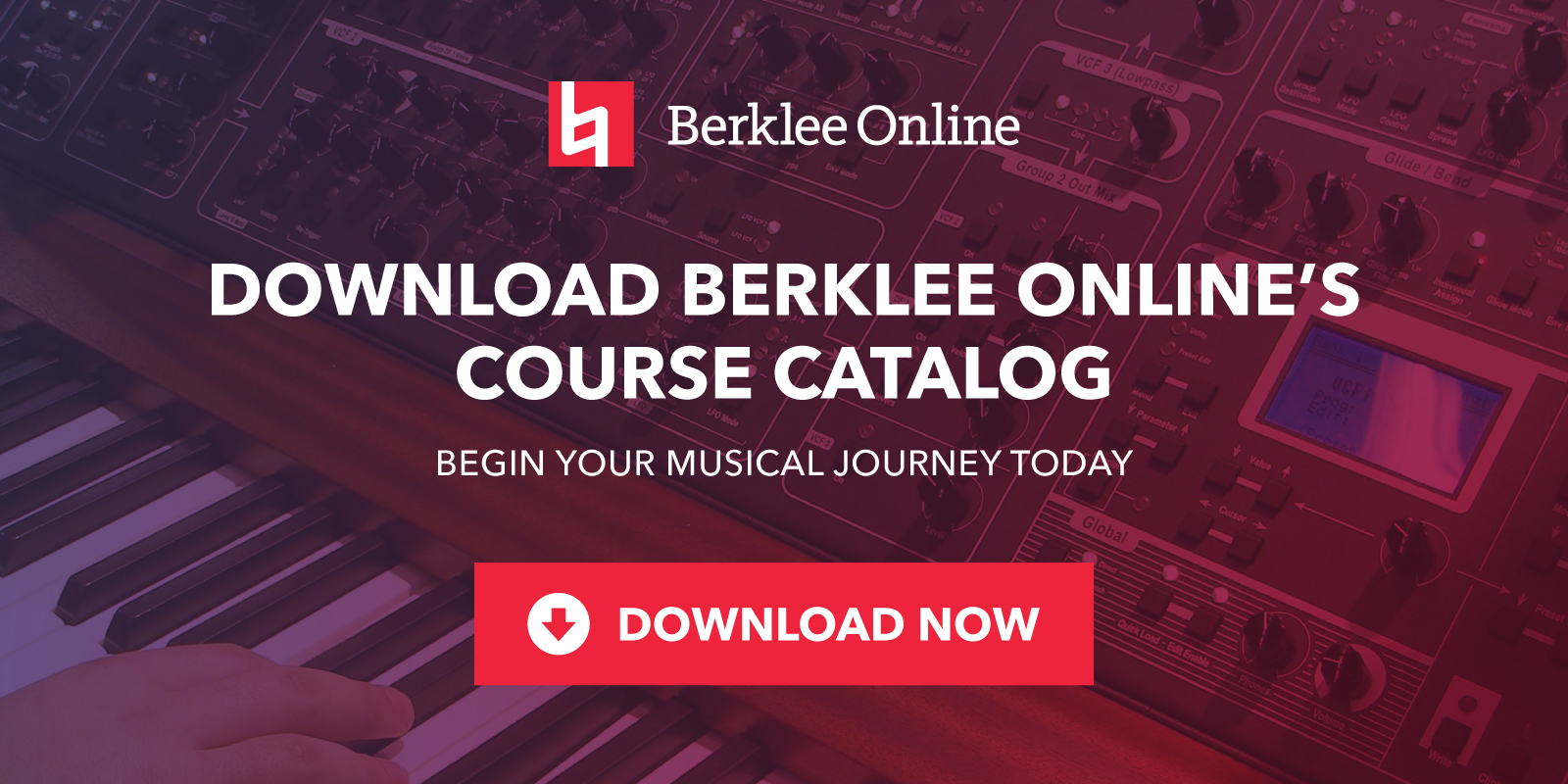